It’s Always Darkest Before The Dawn 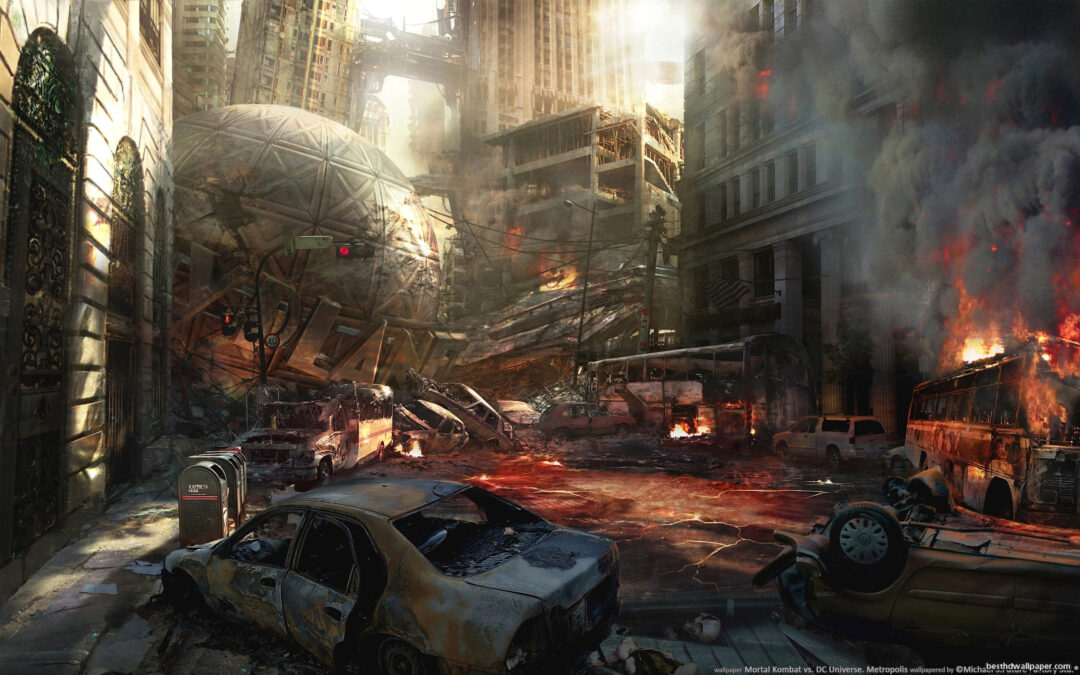 The first record of the proverb “It’s Always Darkest Before The Dawn” is found in a poem written by Thomas Fuller in 1650. While this well known saying is undoubtedly rooted in optimism, there is some disagreement about its accuracy in the scientific community. The brightness of the night sky varies depending on the Moon’s appearance, as well as on artificial lighting on the ground. Without moonlight or light from artificial sources, the light produced from stars does not change at all during the night.

Global markets have been in a dramatic decline over the past couple of weeks. Even those who don’t regularly pay attention have been made aware of the situation we currently find ourselves in. A perfect storm of events beginning with the COVID-19 virus now coupled with an oil price war have started a chain reaction of events that have made their way into the mainstream media. The market barometer known by laypeople as the Dow Jones Industrial Average lost over 2,000 points, the largest one day point loss ever. Crude oil toppled 20% while energy companies highly correlated with the commodity sold off sharply as well. Some as much as 40% in a single trading session. Likely the most unprecedented series of events thus far is the destruction of global fixed income yields. France, German, Japan, Portugal, Spain and Sweden have fixed income currently yielding negative interest. Here is the U.S. while not yet negative, it would seem we are heading that direction sooner rather than later. 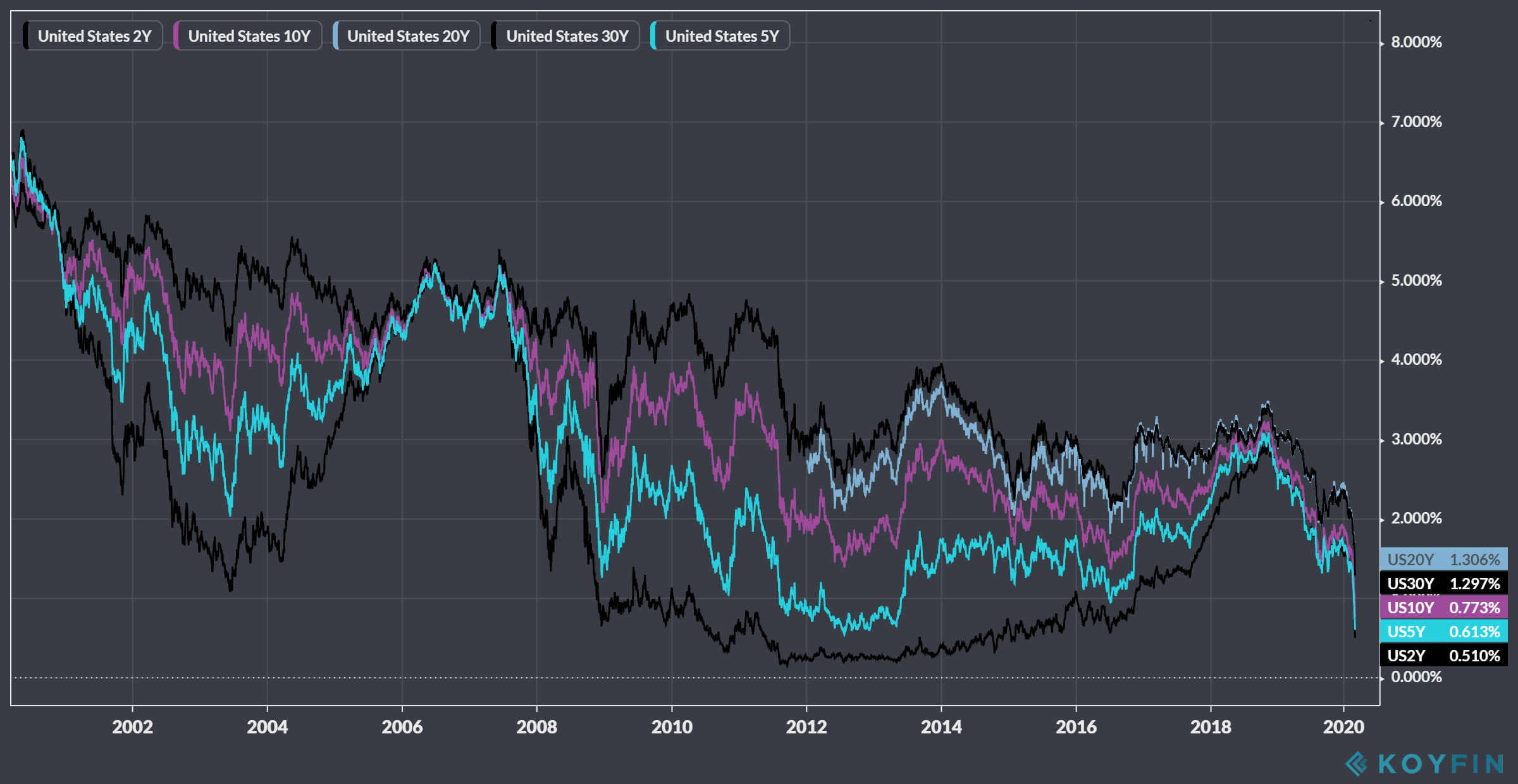 It is hard to fathom negative interest rates and what that entails for the overall economic landscape. It wasn’t covered in the finance or econ textbooks until most recently,  and the effects of which are yet to be revealed. When it comes to equities, there are at least a dozen factors that come into play when attempting to find a fair value, some known and some unknown. When it comes to a bond, you have its cash flow, and the bond’s value upon maturity, also known as its face value or par value. Because a bond’s par value and interest payments are fixed, an investor uses bond valuation to determine what rate of return is required for a bond investment to be worthwhile. How does a bond returning a negative rate sound to you? I’m not a fixed income expert, but it would seem to me this is an asset class that is forever changed.

So where does that leave us? The unfortunate part of this business is there are no sure things, at least with respect to the short term. So for the sake of this post let’s dismiss the short term as an amplified crescendo of noise. Noise that includes but is not limited to,

A bunch of useless market stats and commentary designed to get clicks or views.

Statistics that aren’t relevant to your overall trading or investing plan.

I told you so commentary from those purporting to have a crystal ball.

Anyone with a political bias overshadowing rational thought in terms of money management.

You are aware as an esteemed reader of Omahacharts.com that there are multiple methods by which investors attempt to value asset classes. The most common being fundamental, technical, and quantitative. Less common include cycles and astrological. Each method has its own unique merits. Each method has its shortcomings. In unique circumstances such as the one we are living through, it is essential to understand the role human emotion plays on asset prices. And make no mistake, emotion plays a significant role in markets. Especially right here, right now. When a global pandemic takes hold, you have captured everyone’s attention. There have not been eyeballs on the markets and folks’ retirement accounts to this degree since the financial crisis of 2008-2009 and before that 9/11. Why does this matter? It matters because human emotion doesn’t change. We experience the spectrum of emotions from euphoria to fear and back again. I’ve referred to the Sentiment Cycle time and time again over the years, and now is a perfect time to remind you what this looks like: 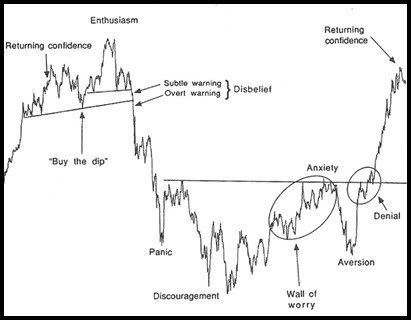 I was making a point with my trading partners last summer that we had just worked our way out of the “buy the dip” phase of the cycle. Seems I nailed that. What I didn’t have correct was that I didn’t think the fall 2019 to mid February was euphoric, at least not to the degree I expected it to be. Nevertheless, it would seem we have found ourselves in the “panic” phase of the sentiment cycle or thereabouts.

So what does that mean for us going forward? My bets are on another leg lower, at least so that the NASDAQ index joins its cohorts in touching down into “bear market territory.” As I write, the NASDAQ would need to lose roughly another 10% or so to achieve this, as it nearly did last week before the strong bounce on Friday.

So while it may or may not be true that it is always darkest before the dawn, I am confident what we experienced this past week was true panic. If historical sentiment holds true, we can plan to see ourselves in a choppy environment over the next several months. The bad news is, the earnings estimates for the second quarter for many publicly traded companies won’t be good. Likely more bad than good. The good news is (I hope) is that the scariest part of the ride is behind us. The first drop is always the scariest and a couple sessions over the past couple of weeks have been as “scary” as any I have been a part of over the past 14 years. I have never gotten more texts and calls from worried investors than I did over the past week. Their worries were warranted. The night sky was dark indeed. But if history is any guide, dawn will soon come again.